What about the other handset vendors? 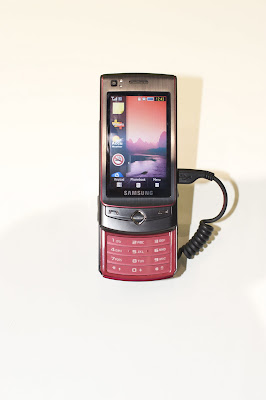 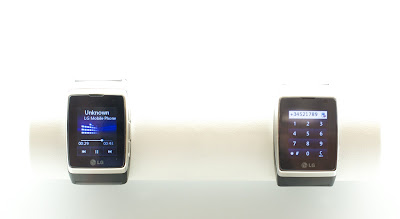 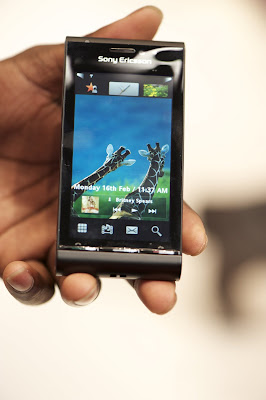 Sony Ericsson Idou
Having considered my opinion overnight and today taken a second walk around the stands I wish to say that in a time when the consumer is expected to part fund the handset upfront the rivals to Nokia do not seem to have taken up the challenge.
The Sony Ericsson stand this year did not have the excitement of last, the "new" handset on show was a Symbian S60 concept device.  When when demonstrated came with more caveats than the new Facebook TOS. What we saw was excellent however after the failure of the Xeperia what hope for this device?  The key display was the accessories that you can now get for your Cybershot or Walkman handset rather than new handsets.  Perhaps SE should have made its redundancies in a more effective manner and kept most of the product developers on?  Its showing in Barcelona says that after three good years the company may now face a downward move that might be difficult to arrest.
Samsung were showing off their latest smartphone with OLED screen and Samsung's own OS.  The industrial design and display on the device is a delight the fact that it is running Samsung's software rather than Symbian or Windows Mobile is I think a mistake.  A survey  amongst those I know that have had a Samsung reveals that most hate the menus and software to a level that means they would not recommend the Brand to anyone or get a replacement Samsung.  The Company has relationships with both Nokia and Microsoft so why not accept the extra cost and buy the software from them?
LG had a stand that was interesting in that it held both the Prada branded devices and their own handsets.  The cabinet that had the largest crowd was the one with the watch phones.  Talking to gadget fans all were once again returned to childhood and wanted a device so that to could be a special agent. The shrinking of   handset into a simple device that does just voice and text has to be the ultimate second device for all those with an iPhone to complain of its poor performance as a phone.
The Motorola offering when it comes to handsets is best left unsaid lets say that it was only on my third trip the their stand that I saw the handsets.
ZTE was interesting in that they have a range of handsets that in terms of form factor look like those that we see here in Europe.  However they are running Linux and operate on the CDMA network.  They did seem to be busy talking with potential customers from the emerging markets as well as those in the west looking for low cost mobile broadband dongles.
Android had a busy stand next to Microsoft's in Hall 1 but whilst Google had booked a meeting room they like Apple seem to have taken the decision that business is best done away from the public eye.
The strangest demonstration over the last two days of a handset was of the Palm Pre.  The Palm employee kept to his script better than a soap opera star showing the Pebble like industrial design and the off screen gesture technology The ability to source contact email and calendar data from multiple sources was interesting the demonstration however was let down by the lack of information as to the build for GSM networks or the exact chipsets to be used in the production models.
Posted by Ian Wood. Principal Wireless Foundry LLP at 4:49 pm