Guess that Six Sigma does not work 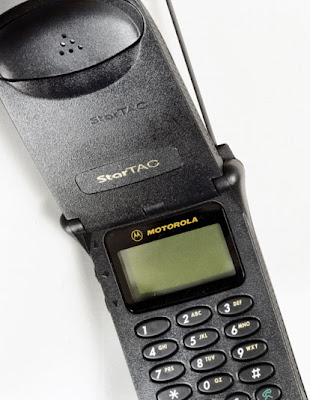 BusinessWeek wrote a feature on how Motorola blew it after their results.
Motorola when I worked for it was at the centre of the Mobile Industry with business units that sold airtime, built infrastructure and made handsets.  At the birth of the mobile industry they had a position that none could rival.
Before the phenomenal success of the Razr they had similar control of the handset market with the StarTAC (which was the last Motorola handset that I owned). The problem with ALL handsets from Motorola was that whilst they looked good and had great reception compared to other handsets it all went wrong when you turned them on.  Despite comments from Customers and Consumers Motorola decided that it new best when it came to user interface and so at a time when others were making handsets that did not require an Instruction Manual they persisted with a solution that required a Personal Tutor!
Motorola were excellent at helping emerging markets build mobile infrastructure and were one of the first to take minority stakes in Operators.  This fact meant that they were prepared to transfer engineering skills in a way that others did not.  However the role played on the War on Terror has limited the growth of Motorola in these markets.  It is difficult to mount an effective marketing campaign when the TV News has US Military with the Motorola Logo on their helmets, all the product placement that you have on US TV is pointless.
The growth of Mobile Networks means that the airtime business is no longer viable and Motorola exited the industry after the internet bubble.
The collapse of the integrated model means that the management of Motorola stopped having the data necessary to make decisions from their internal systems.  This failure was compounded as Motorola retrenched to the US and so was developing solutions for just one customer base rater than being a true Multinational.  When I was leaving Motorola they were promoting Six Sigma as the  management tool on which to run the company.  I guess even if you have reduce the error rate down to just 1 in a Million if that mistake happens to be at the very top of the decision tree then it is fatale.
Motorola is in a deathspin, regardless of the quality of the executive management and the breadth of contacts it has stopped looking to Europe as a customer base.  The only debate is how long will it take to die?  Its interaction with Apple proves that the Engineering focus  is still core to Motorola and so it is unlikely to find salvation in Android.  Cut off half the headcount is not about growth but rather the preservation of cash and so with Mobile World Congress approaching I expect to see long faces from those still carrying Motorola business cards and from the alumni shaking heads about the fall of a giant.
Photo comes from Science Museum in the UK
Posted by Ian Wood. Principal Wireless Foundry LLP at 11:07 am

The tragedy is the amount of smart people that Motorola is taking down with it.

There were smart thoughts in the developing world handset and the Z10, but that doesn't seem to be enough to save them.

Their brand marketing work left a lot to be desired as well.