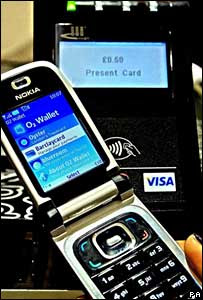 Total Telecom reports that the Italian Post Office's MVNO will have a number of Payment services available in an effort to distinguish itself from it carrier Vodafone.

Thus we finally have a Western European network looking to offer customers replacement of paper money and coins. The Italian Banking environment is still what underdeveloped compared to most with a number of regional banks rather than National banks when it comes to the retail sector and so the Post Office is still a major player when it comes to payments. This makes the target of 2M subscribers look somewhat conservative. Perhaps they need to take a leaf out of Tesco's book and look to grow more aggressively?

I hope that they are successful, and I hope that the GSMA take note and start to back M-Payments for the benefit of the Market rather than a get rich quick scheme as the seem to be with the present remittance based approach. Perhaps if they engaged with consultants that know the payments market rather than Blue Chip accountants they would be more flexible and finally manage to develop Mobile Payments. But that is unlikely and this has all the hallmarks of the dotmobi plan to "get rich quick" rather than aid the market!

Another organisation that could do with some Consulting help is Transport for London who are pushing ahead with a trial of NFC based handsets from Nokia on the O2 network. Whilst I support the movement of my Oyster Card onto my handset I do not think that the use of the UK network with the worst billing system will be an effective proof of concept. The Independent today writes about the trial; something the Guardian did on Monday. This is the second trial that I know of, a very small test took place in the summer with some 200 people using handsets I hope that this one will be bigger. I would also have hopes that they tested on the other networks to see how the billing systems function there both Pre and Post-Paid.

UPDATE: The press release has now been sent out and what 500 lucky O2 customers can now expect is the use of a Nokia handset for the next six months whilst they trial  the system.  Thus we have no great leap forward, rather we can expect another small step.

I wonder if the move will force the  other networks to open up mobile payments or if we can
expect to have to wait before we  have open access. The good news is that it's not expected to work on an iPhone!
Posted by Ian Wood. Principal Wireless Foundry LLP at 8:25 am