Time for a new toy 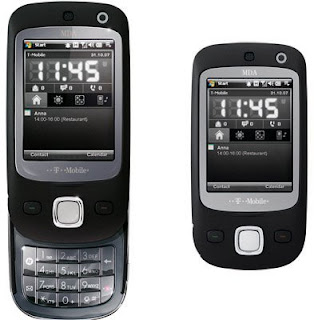 So it has been a year since my last new handset on my T-Mobile contract after a number of text messages from "agents" wanting to help me upgrade, Something that has stopped on my Orange account I decided to see what I could get.

As I had some time to kill between meetings I decided to try a T-Mobile store so that my gratification would be instant. Only problem was that my records on the T-Mobile system have errors on that I know little about as the guy in the store cannot find me, strange as I have been a customer for the last 14 years!

Having seen the poor range of handsets from t-Mobile in the UK I selected the HTC Touch Plus and decided to call the retention team on my mobile. After spoken to three different CSA they agree that I can pick up a handset from the store and the system will find me this time.

So I stop off at a different store on the way home and get a phone but only after calling the Retention team and getting them to talk the store staff through the data errors on my account.

So after a weekend of "testing" what do I think of the touch over the TyTn device that it has replaced?

The User Interface on the Touch is a great improvement.

The processor is faster and so things run better.

The touch thing is not as good as an iPhone but it is better than only touchscreen on my last windows mobile.

The bug on the T9 system has yet to be fixed so rather than a you get c.

So far happy with a device that is basically my email device when mobile. My SE P1i is still the primary handset and the Touch would have to go some if it were to replace it.
Posted by Ian Wood. Principal Wireless Foundry LLP at 8:19 am