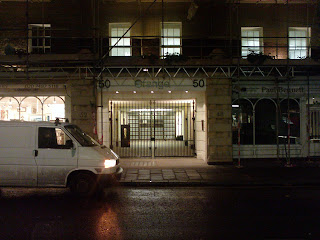 The FT reports that Bernard Ghillebaert has been shown the door at Orange UK and that his replacement will be English and not a current FT employee.
Over the last few months I have become ever more frustrated at how far Orange had fallen from its heights. My day-to-day dealings with them have become a case book on how not to manage customers.
However a change of management will not change the business I am afraid that the move towards being more than a very good mobile phone company means that it has shifted to point that it cannot go backwards. I have never believed that convergence and multiple service offers work in telecoms. If you are Tesco's then you can cross sell to your customer base cheap what ever because they are in the market for cheap. However if you are offering an ever declining service what makes you think that someone will take more alternative services from you?
Would I accept the opportunity to once again consult to Orange?

I do not think that I would as the business is now an administration and stuck with meeting the demands of a distribution platform. Looking at the UK, Orange needs to say that the current infrastructure does not allow it to follow what happens in France and so something else is needed. I would advise them to look at the voice element of the business and at what can be done before, during and after a call takes place. Better voice quality will mean increased revenues, we are after all paying $1.3Trillion to use mobiles as a telephone and very little to watch TV, surf or shop!

The Independent had a short feature on Tom Alexander the man that Orange have turned to for leadership. Now a number of people that I have talked to this week have all said why? Tom you see does not need the money he was rich before NTL bought Virgin Mobile. He is also not very good at working in big companies, as anyone who knew him from is time at BT will tell you.

I have to say that the fact that the man he replaces has not been fired also speaks volumes. Just hope that the arrival of a new Chairman at FT will make things interesting.
Posted by Ian Wood. Principal Wireless Foundry LLP at 9:22 am