28th Carnival of the Mobilists 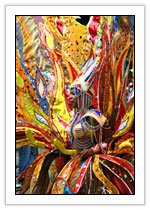 Rod McLaren kicks us off this week with a question on what happens when Operator's replace devices because it is cheaper than repairing them. This is something that happened with me when my 3G handset started to disconnect from the network. The problem I had was that all they replaced was the handset and ever since I have a problem with battery life!

Mike over at mymobilephoneguide takes a look at the Motorola PVOT which could solve my battery problem in that its hand cranked to charge the battery. At the moment it is just in design phase so might not make it to market, but the good news is that it does not look like a RAZR.

Regular Troy Norcross looks at how Mobile Culture affects Mobile Marketing which looks at the if we are to get mobile marketing to work we could remember that its phone and the return path it best if we call rather than go to a wap site. Justin Oberman over at mopocket looks at how the US is using text messaging for Mobile Politics, which is another look at how they do things differently in the States from over hear in the UK. Continuing the theme David at Mobile Marketing Magazine points us at Kathryn Stevenson's post on how together, we're beautiful which chimes with a lot of what Troy is saying.

Russell wrote Mobhappy's post on Adding Value to MMS which is a great follow on on Troy's post. Russell looks at a new start-up from Israel that allows you to annotate your picture before you send it. This is the Mesh Up solution that a number were talking of at the last MoMonday event I went to in London.

Mike Evans asks will Dell be the next competitor for Nokia as it starts lists N-Series terminals as "multimedia computers". Xen Mendelsohn has a reply that says that if Nokia want us to think of the N-Series as a computer she wants a keyboard and mouse!

Jordy is the newbie this week, of his two submissions I went for his analysis of Facebook's entry into mobile. In his email Jordy says that he was motivated to launch his blog after reading MobHappy for a couple of months. Not sure if it was a complement or he just thought he could do better than Russell and Carlo, but good luck hope that he manages to post frequently.

Daniel Taylor over at mobile enterprise gives RIM a cheer for finally getting a version of the software out that works for the field force professionals who don't use e-mail on a day-to-day basis. Having read the post I felt like emailing some of those I know who work in messaging to get them to comment, but hopefully they will see it here and comment on Daniel's post.

Martin's excellent blog has a look at how the deployment of GSM and UMTS networks are doing. All I would want to add is although the map says that I have 3G coverage at home it only works if the trees behind my house don't have wet leaves on!

Dave Beers has a look at how Motorola has gone open source of its Java ME. He has done an excellent job of looking as just what can be done with the software which has given me some interesting insights for my chat with Symbian.

Moonsider looks at banning phones in school, in which he gives a good analysis of the pros and cons before saying that like fire we cannot take it away so learn how to use it responsibly. Judy Breck's blog tells us how the Metropolitam Museum of Art lets visitors get Queen Hatshepsut on the phone.

OK that's me done, I don't have a post of my own put while your here why no look at the other posts? I have enjoyed reading the submissions and sorry if you did not make the cut. Its been interesting to see behind the curtain, and it would be great if some of my favorites started submitting posts. Next week the Carnival moves onto Open Gardens and I hope that Ajit will have as much fun as I have pulling together the weeks news from the Mobile Bloggers.

...which looks at the if we are to get mobile marketing to work we could remember that its phone and the return path it best if we call rather than go to a wap site...

What does that even mean??