Another Sony Ericsson handset that I just love 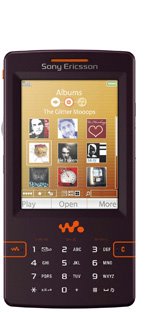 One of the few upsides of 3GSM was that for me it provided an opportunity to view to what every handset maker hopes that we will be using over the coming year without having to visit Carphone Warehouse.

The problem was that with everyone in Hall 8 it was like the crush found in most supermakets on Christmas Eve. However amoung the handsets that got my attention was the new 3G walkman phone from Sony Ericsson the W950i. Like the recently launched M600i it has a large touchscreen and jogdial. However it also has a 4GB memory and uses a Walkman player to play music. I was lucky enough to be able to spend 10 minutes using the phone and I might just for go the M600 and its Blackberry like push email for this handset. One of the interesting techie things is that the DRM system look different from what we have now with some music locked and others not so allowing for better distribution, but I was unable to get much information on this thanks to the fact that the people on the stand had not been fully briefed.

However a black cloud might be the strategy adopted by Sony Ericsson when it comes to selling handsets in the UK. The last 3G Walkman handset was launched exclusively by Vodafone at Christmas and will not be available on any other network until after Easter. I have a contract with Orange and no wish to churn onto Vodafone which means that if the practice continues then I might just be able to get the free upgrade for Christmas. Alternatively I will just buy one the next time I am in Europe from an Orange shop and except that I have to forgo the free handset. Lucky for me I still have a few friends and I should have the handset when they are launched in the UK for free but then I am not the normal customer.
Posted by Ian Wood. Principal Wireless Foundry LLP at 9:32 am

Orange and Walkman? A little hunky mouse tells me that an exclusive deal is "days or weeks" away...

I love the phone too. I will want it on 3 or orange.

Check out the videos linked on my page: TheColinBlog: Sony Ericsson M600i and W950i